Tsuga is the Genus of a group (there are about 8 to 10 species of trees in this genus) of monoecious, evergreen, and coniferous tree species from the family of Pinaceae.

These tree species have diverse origins as they can be found in many forests of the world including the Himalayas, West Vietnam, North Burma, Taiwan, China, Japan as well as in Northern America. The Tsuga tree species are characterized by their flattened often linear leaves with a touch of silver-white underneath. Interestingly, despite naturally being a set of large trees, most of them are used for Bonsai.

Although there’s no straightforward answer as to why this is so, many believe it is because these sets of tree species are highly flexible and can be shaped to form various styles. However, training a Tsuga Bonsai and Hemlock Bonsai tree is not an easy task, and that’s why you have to be familiar with their care requirements. You will find information about these care requirements in this guide as well as some facts about these species of tree.

Can I Bonsai Tsuga?

You can Bonsai Tsuga plants. If you are a Bonsai lover, you can include any of the Tsuga species in your collection because they will make an excellent Bonsai specimen.

However, you should be warned that, even though they are good Bonsai specimens, they are one difficult tree to raise, so if you know you do not have enough experience with the Bonsai tradition, it would be better to go for an easier option.

Notwithstanding, if you still want to go ahead with your choice, narrow down your search to any of Tsuga canadensis, Tsuga mertensiana, Tsuga heterophylla, or Tsuga diversifolia. These species are considered the simplest and most widely used for Bonsai.

Is the Tsuga tree easy to Bonsai?

No, it is not easy to Bonsai a Tsuga tree. If you have just been introduced to the Bonsai tradition and you would like to practice your skill, do not begin your exploration with any of the Tsuga species, this is because Tsuga trees are not easy to Bonsai.  However, if you are a skilled Bonsai grower, the Tsuga tree will make an excellent Bonsai specimen for you as you would be able to take advantage of the flexibility of the tree and shape them into any Bonsai style you desire.

Most of the Tsuga species were discovered in 1800 and regarded and treated as species of Pinus. However, in 1842, Tsuga sieboldii commonly referred to as the southern Japanese hemlock was dubbed Abies tsugae. In 1847, this species was transferred to the pinus sect. Tsugae by Endlicher. And finally, in 1855, Carriere gave these species of trees the popular name we called their genus today – Tsuga. The word Tsuga is a Latin word from Japan.

Tsuga Canadensis exhibits slow to the medium growth rate. The tree can only add about 12 to 24 inches or less to its original height per year.

For you to successfully raise the Tsuga tree as a Bonsai, it has to be properly maintained. The only way this can be achieved is by providing the tree with the much-needed care that is crucial for their survival. You will see details about these requirements in subsequent sections. Keep reading!

Fortunately, Tsuga Bonsai can tolerate hot and cold climates to some extent, however, when the weather condition becomes extreme in both situations, it could be harmful to your tree. Therefore, when the temperature drops below 15°F, you should protect your tree.

On a similar note, if you also noticed that the temperature is rising above 50 or 70°F, shade it so that the leaves do not suffer sunburn.

Tsuga Bonsai can tolerate hard pruning, but it is best to do it during late winter. Also, you should know that Tsuga Bonsai are slow growers and must be left for at least a year before pruning them. This will give their branches enough time to grow and thicken.

Once the shoots become matured, cut them back and leave only a few needles behind so that the tree does not become naked. You can also pinch back new growth provoking a new flush of growth to encourage back budding and compact ramification.

It is very easy to wire a Tsuga Bonsai. This is because the branches of the tree are highly flexible, plus you do not have to worry about timing since it is something that can be done any time of the year. However, you must be careful not to use overstress the tree by wrapping it with tight wires. Doing so will affect new growth and cause marks and scars to appear on your tree. Therefore, to avoid this kind of situation, Bonsai experts usually recommend using guy wire.

The roots of Tsuga Bonsai may be shallow, but they have an aggressive root system, and that is why you have to repot them every 2 to 3 years in their first 10 years. Once they grow past this stage, you can reduce their repoting time to 4 years interval which is to be done during spring.

How to repot a Tsuga Bonsai tree

Repotting a Tsuga Bonsai is very easy, just follow the few steps below to guide you through the process.

If you are raising a Tsuga Bonsai, one thing you can be sure of and rejoice about is the fact that your tree will not be incessantly affected by any kind of pest and disease. This is because they are quite hard for most insect infestations. Nonetheless, you might have to watch for the few insects that will be briefly discussed below.

Scales are tiny insects that are usually found underneath the Tsuga levels. They are there for one purpose, to suck out the internal juice of the tree. Although these insects may look tiny and harmless, you need to respond to their infestation as quickly as possible because they are a threat to the survival of your tree. You can treat their infestation with an insecticide or you can just brush them off their host.

Slugs are slow-moving bugs, that usually attack Tsuga trees. Although these bugs on their own pose no danger to your tree, however, they are vectors for certain germs and bacteria that can cause infection to your tree, and their infestation should not be overlooked. Treat slug infestation with Metaldehyde.

Fungi is notorious for causing most infections to Bonsai trees and your Tsuga Bonsai is not completely immune. Therefore, you need to treat their infestation as quickly as possible with recommended fungicides to prevent their growth and eradicate them.

The best soil to plant a Tsuga tree is a slightly acidic soil mix and one that encourages proper drainage.

You can keep your Tsuga Bonsai outside to receive full sunlight during summer and spring since they are sun-loving plants.

However, Tsuga Bonsai have delicate leaves that could burn when exposed to intense sunlight, and therefore, when you noticed that the sun is becoming hotter during the day, it is advisable to shade them or take them inside.

Also, during winter, it is advisable to raise your Tsuga Bonsai under artificial light because they can be equally affected by frost.

There are about 8 to 10 tree species in the Tsuga family. Surprisingly, almost all the members belonging to this genus are used for Bonsai, with just a slight difference in their care requirement. You will be briefed about the descriptions of these species below.

The Tsuga canadensis, also known as the Canadian Hemlock is native to Eastern America and is easily identified with its unique structure that looks like a bird’s nest. The Tsuga Canadensis has a broad trunk and can grow as tall as 25 meters high.

The Tsuga mertensiana also known as mountain hemlock is an evergreen plant originally from the west coast of northern America. The tree can grow up to 20 – 40 meters high, with a trunk reaching about 2m in diameter. The tree is known for its Deeply fissured, scaly, and reddish-brown to charcoal gray bark as well as its needle of about 10 to 25m that can spread across all directions.

Tsuga diversifolia is also known as the Japanese hemlock is an evergreen tree species originally from Japan. The tree is known for its naturally broad trunk, as well as its unique attractive orange bark. Tsuga diversifolia can grow as tall as 15 meters high and are densely populated with glossy leaves.

The Tsuga Canadensis jeddeloh also known as the jeddeloh Canadian hemlock is a woody, needled evergreen tree species that is characterized by its miniaturized shape and its bird nest structure.

The tree is a dwarf species of the Tsuga genus that can grow up to about 2 to 3 ft in height and has a total spread of about 3 to 4 feet wide. This hemlock loves moist and shady areas with proper drainage.

The Tsuga canadensis (Nana gracilis Canadian hemlock) is also a dwarf plant from the Tsuga genus. The tree can be identified with its pendulous branch tips, overflowing dark green leaves, with brown and furrowed barks.

This plant species loves to grow on moist, slightly acidic soil and loves being exposed to enough sunshine.

No, Tsuga canadensis is not poisonous. No part of Tsuga Canadensis is poisonous, however, some other hemlock species like the Circuta maculata and Conium maculatum are considered poisonous.

What do the trees Tsuga canadensis and Tsuga caroliniana have in common?

They both share the same habitat — The mountains in Northeastern Georgia.

No, not all Tsuga Bonsai bloom flowers. The tsuga species known to bloom flower is the Tsuga canadensis (Eastern hemlock) which produces its flowers during May.

How wide do Tsuga Bonsai trees get?

A typical Tsuga Bonsai tree can be as wide as 10 to 30fts depending on the species. However, is trained as Bonsai, and it can be trimmed to the standard size.

Can we Bonsai Tsuga tree indoors?

Yes, you can Bonsai your Tsuga tree indoors. Although Tsuga trees are both cold hardy and tolerant to hot weather they can not withstand any of these conditions when it becomes extreme. Therefore, at a time one this, it would be pertinent to raise your tree indoors. Use artificial light if it will be difficult for them to access sunlight that you believe is safe for them.

How to Bonsai Tsuga tree from seed

Follow the few steps below to guide you through the process of starting the Tsuga tree from seed.

Is hemlock Bonsai the same as Tsuga Bonsai? 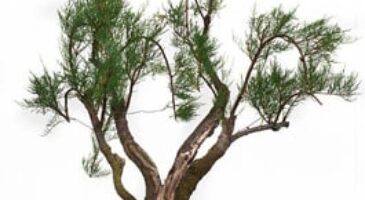