Tamarix is the genus of about 60 species of flowering plants and small trees from the family of Tamaricaceae. The tree is native to dry or marshy areas of Europe and Egypt.

These tree species comprising of evergreen or deciduous plants can grow up to about 3.3 to 59.1fts in height and are often characterized by their slender branches as well as their grey-green foliage. The Tamarix species are used for a wide range of purposes few of which include, upholstery, decoration, shade tree, and erosion control.

Over the years, the tree species from the genus, Taramix have transcended beyond just being a landscape trees and have found their way into the collection of many Bonsai and houseplant lovers. This is because they are one tree species that are easy to care for and grow.

In this guide, you will see all you need to know about the Taramix Bonsai tree (Pink Cascade) as well as the care requirements that are necessary for successful cultivation.

Can I Bonsai Tamarix?

Yes, you can Bonsai Tamarix. Tamarix is a flowering plant and would make an excellent Bonsai. However, not all the species from the Tamarix genus are used for Bonsai.

The most commonly used Tamarix species are the Tamarix juniperina and Tamarix pentandra. These two species are known for their display of beautiful feather-like leaves that are common to all members of this genus.

Is Tamarix tree easy to Bonsai?

Yes, it is very easy to Bonsai a Tamarix tree. Tamarix trees will grow in all kinds of gardens regardless of whether they are small or large species. If you do not want to plant your Tamarix on a landscape, you can plant it in a container, and trust me, potting your Tamarix is almost as easy as planting them in a landscape.

The first documentation of the Tamarix tree happened in the ancient books — the Bible, Egyptian papyrus scroll, and the Mesopotamian tablets, which indicates that this tree has been in existence for millennia even though it is believed that the tree species originated from the Mediterranean region, northern China, and the Centra Asia.

The oldest mention of the tree comes from Mesopotamian. In the legends of Gilgamesh, a period during the 2100 B.C., goddess Ninsun, who was widely revered as the hero’s mother used to bathe in Tamarisk and soapwort. The tree was also mentioned a couple of times in the Book of Genesis and the Quran.

However, a more forthright historical account of the tree started when the tree was first introduced to the United States in the 19th century as a windbreak, ornamental shrub, and shade tree. In 1930, during the period of the great depression, tree-planting was adopted as a tool to combat flooding on the great plains.

The scientific name of the Tamarisk tree is Tamarix ramosissma

How long do Tamarix trees live?

How tall do Tamarix trees grow?

The Tamarix tree can grow up to about 6 to 26fts tall.

What does the Tamarix tree symbolize?

According to the Biblical account, the tree stands for the lord, the everlasting God. It was believed that Abraham planted the tree to honor the presence of God in his life. A token of appreciation for giving him a child, supplied him with water and a peace treaty.

Taramix Bonsai can be grown either on a landscape or in a pot, whichever way you choose, your tree will grow into the beautiful flowery plant you desire for.

However, if you choose to grow your Taramix tree as a Bonsai, you may need to put in extra effort because you will have to supply the tree with everything it needs to survive. In subsequent sections, you will find details about the care requirements necessary for the survival of your Taramix Bonsai.

During the younger years of your Taramix Bonsai, it is best to protect them against frost during winter to encourage rapid and healthy growth.

Fertilizing your young Taramix Bonsai will increase its size and also encourage flowering. You can use either granular, stake, or liquid fertilizer for your Taramix plant. It is best to use Granular fertilizer once in a year and during late fall after it might have shed its leaves or in early spring.

Liquid fertilizer mixed be properly diluted with water and must be applied just as you would water the plant. You can do this 3 to 4 times a year and start from April towards mid-July. Stake fertilizers come with instructions to follow the usage direction carefully.

You cannot achieve a proper Bonsai specimen without pruning your Tamarix Bonsai tree. Pruning is the only way to keep them looking attractive and control the growth of any branch that might have outgrown the tree. The best time to prune your Bonsai is during spring. It is best to prune them during this period because it will not affect the growth rate of the tree.

When pruning, you don’t necessarily have to remove all twigs and branches. Instead, it would be better to bend and twist them into the desired shape you want. Your tree will even benefit from this because it will not be stressed out during the pruning process.

Although Tamarix Bonsai are though plants, they do not like to be overstressed, and that is why it is best to gradually get them to adapt to repotting before outrightly laying the whole process on them. You can activate this by initially transplanting them into a smaller pot regularly. Before budburst, do your repotting once every 2 to 3 years during spring.

To repot your Tamarix Bonsai, remove the tree from the original pot and get rid of all dirt on the soil surface. If at all root pruning becomes necessary, prune about one-quarter of the entire root size from all sides, then extend your pruning to the bottom.

If you are satisfied with the structure of the root, place the tree in the original pot or you can make use of a new one if the original pot will be too small even after pruning. If there’s any space after transplanting, fill them up with fresh soil to encourage optimal growth.

All Bonsai trees are susceptible to one or two or more pests and diseases, and your Tamarix is also not immune to all diseases and pests.

Tamarix Bonsai trees are vulnerable to attacks from insects like slugs, leaf miners, cankers, root rots, aphids, and caterpillars. Fortunately, you can get rid of infestations from any of these insects by applying insecticides or herbicides. Just make sure it is applied according to instruction.

If you want to learn how to get rid of aphids on bonsai tree, please read our previous in-depth guide for more information.

Taramix Bonsai thrives well on slightly acidic soil that has a pH level of about 5 – 7 and supports proper drainage. This will ensure that the tree does not suffer from root rot.

Tamarix is a water-loving plant, and therefore, you should water it quite often, especially during the time of the season that is usually hot. This will prevent the leaves of your tree from completely drying out and also prevent their edges from getting damaged.

Also, your tree will benefit a lot from misting, so it is advisable to lightly spritz them with water regularly. However, altering your Tamarix during winter may be harmful to them, hence, it is best to refrain from watering them during this season.

Taramix needs sun to survive and it is advisable to place them in a spot where they will have access to the full sunlight. However, exposing them to direct sunlight may impact negatively on them, and therefore, you must partly shade your tree to ensure optimum growth.

Just as you must shade your Taramix tree from direct sunlight, it is also important to prevent your tree from being exposed to the strong wind because it could cause them to suffer dieback, or damage the leaves of your tree. Protect them from these extreme weathers and also make sure they are adequately watered during heavy sunlight.

The Taramix Galicia also known as the French tamarisk is a herbaceous, deciduous, twig shrub that can grow as tall as 5m high. The tree is native to the Sinai peninsula and Saudi Arabia. The tree is characterized by its dark purple-brown branches as well as its sea-green foliage.

The Tamarix Tetrandra is a flowering plant from Europe. It is one of the naturally miniaturized species of the Tamarix as it can only grow up to about 3m high. The tree is uniquely identified with the pink flowers it produces during spring and the marching style of its branches.

The Tamarix ramosissima is a shrubby plant originally from Asia and Europe. It is a deciduous shrubby plant widely cultivated for its attractive reddish stem, beautiful flowers, and feather-like leaves. The tree is cold hardy and will survive on poor soil.

The Tamarix Chinensis tree, also known as the five-tamen Tamarisk or the Chinese Taramix is a shrubby plant that is indigenous to Korea and China. This species of Tamarix is considered an invasive weed or introduced species in other parts of the world. The prefers to grow in a moist environment on saline soil.

The Tamarix parviflora tree, also known as the smallflower Tamarisk is indigenous to southeastern Europe, however, it is also widely cultivated in western North America where it is considered an invasive plant. Tamarix parviflora also prefers to grow in a moist environment with saline soil.

The Tamarix juniper is one of the most popular ground cover conifers. The tree is characterized by its dark green leaves and can grow as tall as 30 inches high. At first, Tamarix juniper may start as a flat growing plant, but as it matures, it grows to cascade branches at the center. It is also cold-hardy and prefers partial shade and full sun.

The Tamarix Bonsai is believed to be the largest tree species from the Taramix genus. The tree can grow up to about 60 meters in height and is mostly found in the arid desert parts of Asia like Pakistan, India, and Iran. The tree is characterized by its tiny leaves that branch out from different directions.

Can Tamarix Bonsai grow in California?

Yes, Tamarix Bonsai trees are invasive. In most parts of the united states, Tamarix trees are considered to be invasive introduced species. This is because it is thought that the tree dries out wetland areas where they grow.

Do Tamarix trees have thorns?

No, Tamarix trees do not have thorns.

Where to buy a Tamarix tree?

You can buy your Tamarix tree from any nursery or garden store close to you.

Can you keep Tamarix Bonsai indoors?

Yes, you can keep your Tamarix Bonsai as an indoor plant. However, since your Tamarix plant would require sunlight to thrive, it needs to be placed in a spot within your house where it can receive full sunlight per day for at least 5 to 6 hours.

No, not all Tamarix Bonsai are evergreen. Tamarix Aphylla is an evergreen plant. Tamarix tetrandra is not.

How to Bonsai Tamarix tree from seed

How long does it take for the Tamarix tree to grow?

It can take the Tamarix tree up to 400 years to reach its full height. 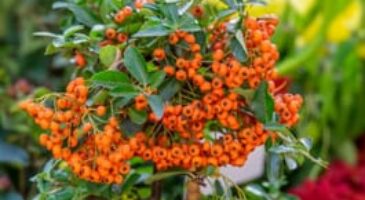